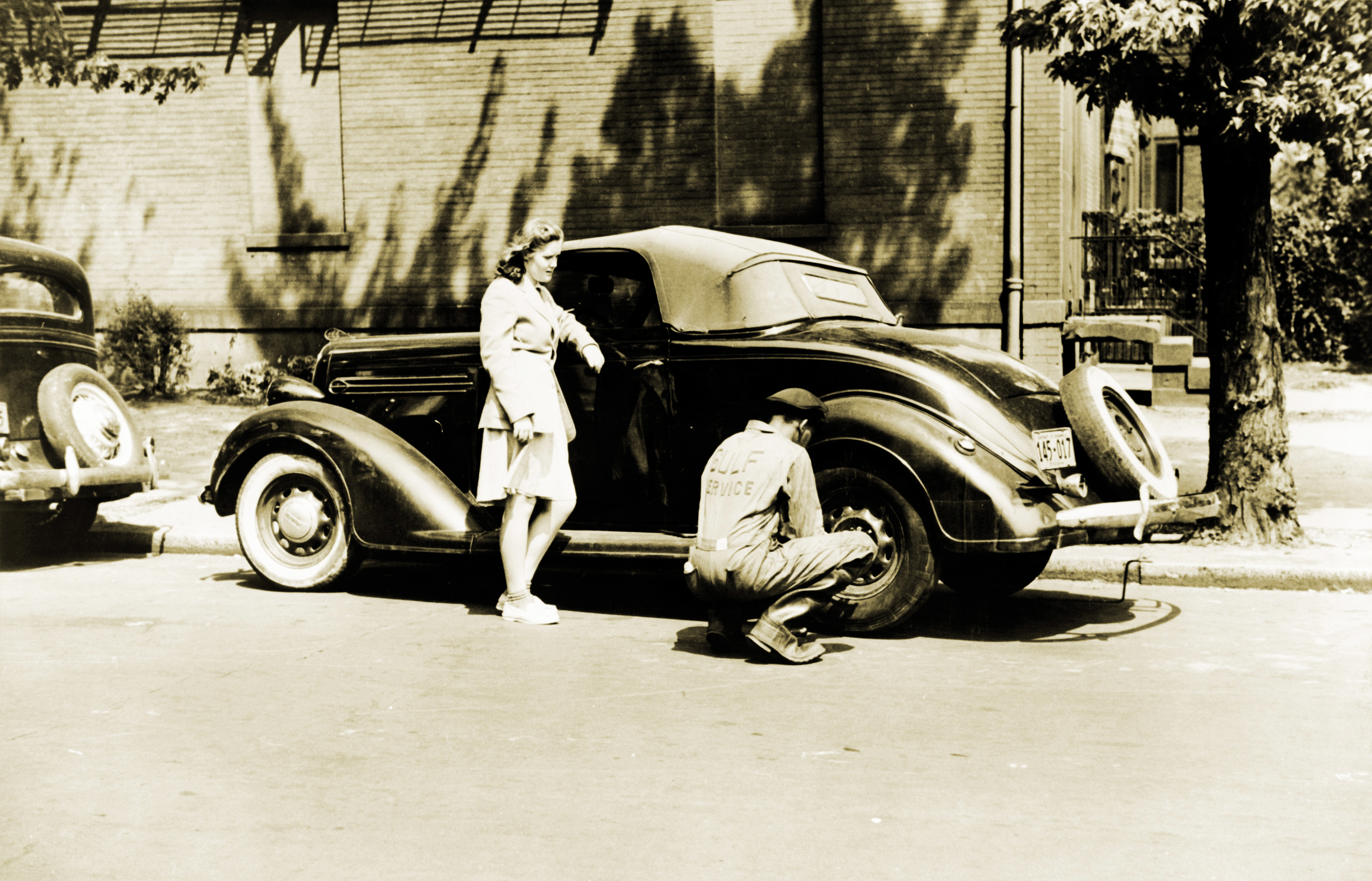 From 19th-century wooden wheels with iron rims to cutting-edge 21st-century technology, tires have always been a critical component of automobiles. The evolution of car tires shows that tire technology continues to improve, saving fuel and making driving safer.

When horses pulled carriages, the primary function of wheels was reducing the effort required to pull the cart. But with the invention of the car, drivers needed their wheels to perform a different task: tires were needed to provide traction, respond to the driver’s steering and braking, and offer a smooth ride. Iron-rimmed wooden wheels simply were not up to the task.

In the last years of the 19th century, the first automobiles used solid rubber tires. As cars grew more powerful, manufacturers designed tires that provided a better ride. In 1888, Scottish veterinarian John Dunlop patented the first air-filled rubber tire. And for over a century, cars relied on pneumatic tires.

By 1900, automobiles used rubber tires filled with compressed air. Manufacturers refined Dunlop’s early design, which was more like a modern bicycle tire than a car tire, by developing bias-ply tires in the first half of the 20th century. In bias-ply tires, the inner tube held compressed air while a thicker outer tube offered traction and protected the inner tube from damage.

The next innovation in tire technology didn’t come from tire construction—it came from inside the tire. For years, drivers filled their tires with compressed air. Over time, manufacturers realized that compressed air can negatively affect performance. For example, compressed air contains water vapor found naturally in atmospheric air. When drivers fill their tires with compressed air, they can also add water to the inside of their tires. Some car tires have several quarts of water inside, as Popular Mechanic reported. That water causes rust, negatively affects tire pressure, and helps microbes grow inside the tires.