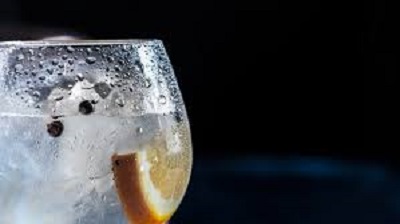 “Beverage manufacturers have a secret weapon that keeps their drinks delicious and refreshing: nitrogen.”

Today, carbon dioxide isn’t the only gas involved in making soda and seltzer. Beverage manufacturers have a secret weapon that keeps their drinks delicious and refreshing: nitrogen. The inert gas plays an important role in manufacturing and storing soda so that it stays fresh. Some of the same factors that make nitrogen beneficial in your vehicle tires make it a great thing to have in your soda can.

It starts in the storage tanks when sodas and seltzers are being manufactured. If the manufacturers left regular air at the top of the tank, it would change the taste of the beverages. The oxygen in air can cause oxidation, the same process that causes rust. When it comes to foods, oxygen can cause “oxidative rancidity,” which is shorthand for spoiled foods.

And that’s only the beginning of the ways oxygen can harm foods and beverages. Oxygen is also necessary for life—which means that oxygen in a soda storage tank could allow microbes to grow in the beverage.

“Nitrogen does not cause oxidation, and microbes can’t grow in nitrogen.”

Beverage manufacturers definitely don’t want drinks that taste spoiled or carry billions of microbes. To avoid the damage caused by oxygen, they rely on inert gases like nitrogen to fill the headspace in storage tanks. Nitrogen does not cause oxidation, and microbes can’t grow in nitrogen. By filling the top of storage tanks with nitrogen, soda manufacturers keep the soda fresh and uncontaminated.

The exact same process is used in every single can of soda, too. With nitrogen filling the top of the can rather than regular air, the beverage inside—whether it’s soda or seltzer—stays fresh and fizzy.

The next time you open a can of something fizzy and hear that signature hissing sound, you’ll know that your beverage is delicious thanks to a secret weapon inside the can: nitrogen.