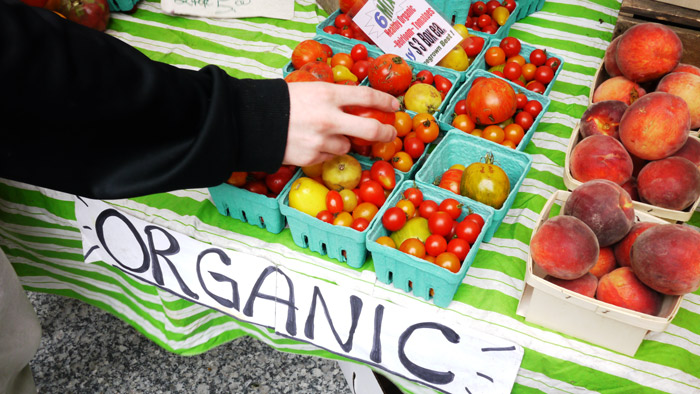 At first glance, there doesn’t seem to be a connection between the organic food sold in grocery stores and your car tires. But investigating the history of organic farming provides valuable lessons for drivers.

The organic food movement dates to the early 20th century. As chemical fertilizers and pesticides grew in popularity, some farmers promoted an alternative: organic farming. An English agriculturalist named Lord Northbourne first used the term “organic farming” in 1940, in protest to the pesticide-heavy farming that was dominating agriculture.

It took decades for organic food to grow in popularity. By 1990, the industry produced $1 billion in sales, but throughout the 1990s, organic food sales represented just 1% of total sales.

That’s because consumers were still learning about the value of organic farming. For years, customers wondered why organic produce came with a higher price tag for the same apple, carrot, or head of lettuce. Few grocery stores wanted to give up valuable shelf space for an item that wasn’t in high demand. Today, consumers understand the added cost in producing organic food, as well as the value of organic produce. By 2017, organic foods became a $45 billion industry.

The success of organic foods provides two lessons: farmers needed to educate consumers about the value of a more expensive alternative. And grocery stores needed to see demand to offer organic alternatives.

Those same lessons apply to car tires. Nitrogen inertion, a process that fills tires with nitrogen gas, offers an alternative to compressed air. Just like with pesticide-heavy farming, compressed air carries risks. Compressed air introduces water vapor and contaminants into tires, which can shorten their lifespan and decrease safety. Nitrogen keeps tires at the correct pressure longer, meaning a lower risk of blowouts and savings on gas costs.

However, like organic farming, nitrogen inertion costs more money than compressed air. Before consumers demand the alternative, they need to learn about the benefits of filling their tires with nitrogen and the dangers of using compressed air.

For decades, the organic movement fought to gain space on the grocery shelf. The key was educating consumers, and the same pattern demonstrates the path forward for filling car tires with nitrogen instead of compressed air. The lessons from organic farming show that educated customers want an alternative.