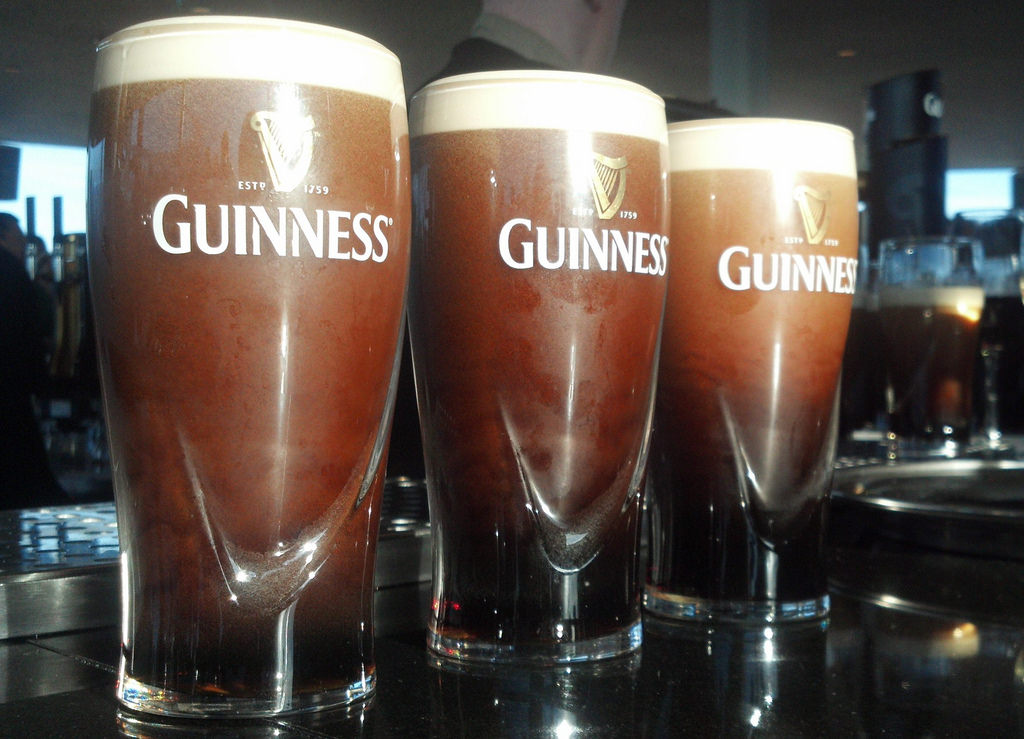 Ireland, the Emerald Isle, is known for its shamrocks, famous writers like Oscar Wilde and musicians like U2, and good old Irish stew. But Ireland’s most recognizable export might be Guinness beer.

The first batch of Guinness was brewed in 1759 at St. James’ Gate Brewery in Dublin. Its creator, Arthur Guinness, was so confident that he signed a 9,000-year lease on his brewery, guaranteeing production of Ireland’s most popular beer for at least a few more centuries.

Today, people around the world drink 225 million gallons of Guinness each year, but most Guinness lovers don’t realize that the secret to the creamy, dark beer comes from nitrogen.

While many other beers are brewed using carbon dioxide, the brew masters at Guinness use nitrogen. The smaller bubbles create a smoother, subtler fizz, making it taste thick and creamy. The nitrogen also gives Guinness its signature velvet head.

But for years, the brewers at Guinness struggled to export that Irish flavor in bottles and cans. On tap, the nitrogen created the perfect creamy texture, but the packaging process created a major challenge. In order to use nitrogen in the can or bottle, the brewers would need a dangerous level of pressure, and the nitrogen could easily escape during the canning process.

To solve the problem, Guinness brewers invented something called a widget. The small piece of plastic, inside each can and bottle of Guinness beer, absorbs nitrogen during the packaging process. And when a customer opens the can, the widget releases a tiny jet of nitrogen bubbles to create the perfect taste, just like you’d get from a tap.

The process wasn’t always smooth. The brewers came up with the idea in 1969, but it took two decades before the first widget was ready for export. And the first generation widget needed some improvements––if someone opened a warm beer, it might explode because of the pressure. Since 1997, Guinness has been using a widget that they call the “Smoothifier,” and it works perfectly at any temperature.

The Guinness brew masters rely on nitrogen technology to create their famous dark beer, and other industries also use nitrogen to improve their products. For example, more and more drivers use nitrogen to fill their car tires, a process known as inertion. Just like nitrogen creates the perfect taste in Guinness, it also protects car tires and maintains the right pressure longer. Unlike compressed air, which escapes through the rubber faster, nitrogen inertion keeps tires at pressure longer, saving drivers money on gas.

So the next time you shake a bottle of Guinness and hear the signature rattle of the widget, remember how nitrogen is improving a wide range of products.