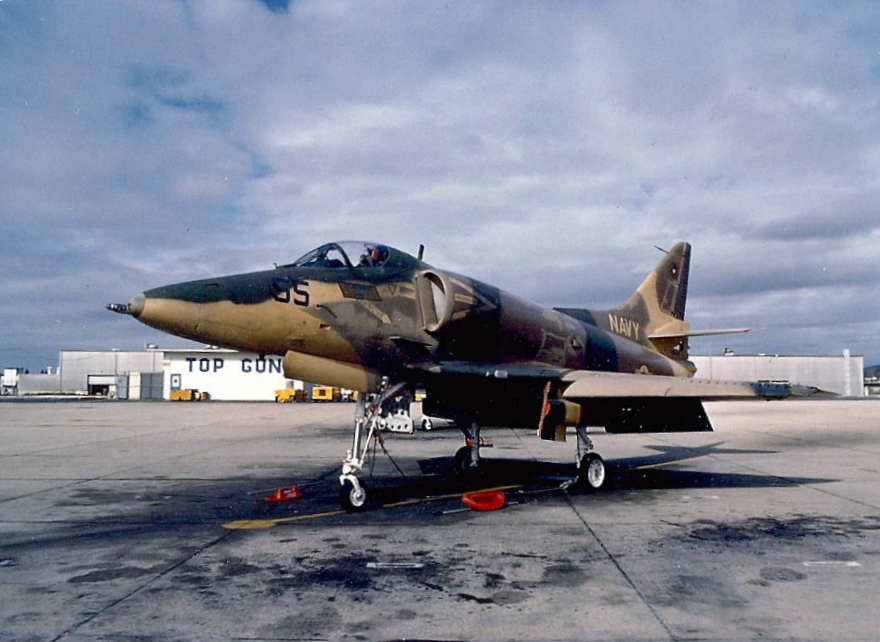 The 1986 hit movie Top Gun introduced audiences to the high-pressure world of U.S. Navy fighter pilots. Moviegoers were stunned by the amazing aerial stunts, and a sequel is currently in the works. But what about the planes that Maverick and Iceman flew?

Top Gun featured F-14 Tomcats, but today most airplane carriers use F-18 Super Hornets. These fighter jets cost over $70 million each, and they can fly faster than 1,000 miles per hour. When they take off from an aircraft carrier, a giant steam catapult rockets fighter jets forward at 170 miles per hour. During landing, these high-tech, expensive planes are typically traveling over 100 miles an hour, which puts a lot of pressure on their tires.

With so much on the line, a fighter jet’s tires have to be perfect every time. Which is why the U.S. military inerts all of their aircraft tires with nitrogen. The tires on an F-18 have to withstand the heat of the aircraft carrier runway and below-freezing temperatures at high altitudes. Regular air simply doesn’t handle changes in temperature and pressure as well as nitrogen.

Oxygen, which makes up 21 percent of the atmosphere, produces water vapor. As temperatures rise, water vapor turns to steam and raises the tire pressure. These changes in pressure can make it difficult to handle a plane, which is especially dangerous if you’re trying to land a $70 million piece of equipment on an aircraft carrier in the middle of the ocean. Plus, the water vapor can accelerate corrosion and rusting inside of the tires, creating a dangerous hazard for pilots and the planes.

Filling tires with nitrogen, a process known as inertion, solves the problem: nitrogen is stable at different temperatures and unlike oxygen-rich regular air, it does not produce water vapor. That’s why the U.S. military fills fighter jet tires with nitrogen instead of compressed air.

The F-14 Tomcats that Maverick and Iceman flew were retired in 2006. But today’s military planes are even more advanced, in part thanks to nitrogen inertion.