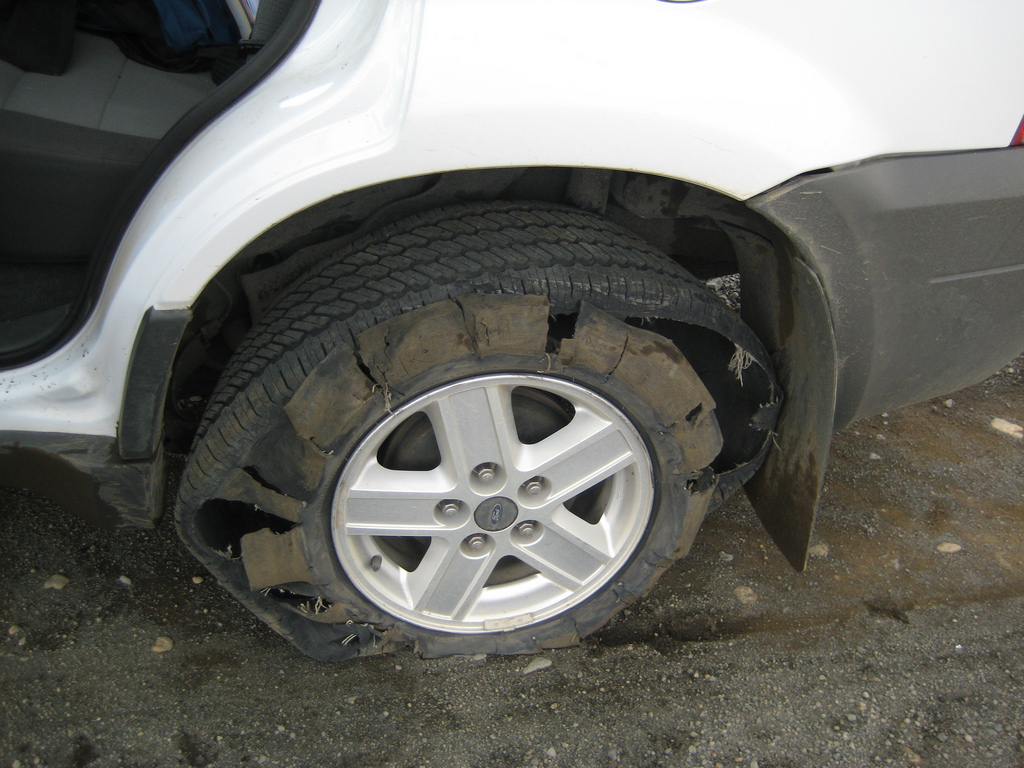 On a beautiful, 80-degree Sunday afternoon in Sumter County, Florida, many drivers regrettably found themselves in bumper-to-bumper traffic while heading northbound on I-75.  The inside lane of the highway was closed for several hours, and while these affected drivers undoubtedly considered themselves unlucky, their situation was not as unfortunate as that of the driver ahead causing the obstruction.  Craig Chapman, 49, was at the wheel of a semi on that Sunday, Nov 11th when the left front tire blew out, causing the vehicle to veer off the road into the center median and collide with the guardrail.  Luckily for Chapman, this was not the end of his story as he was able to leave the scene unharmed. However, while most of the people involved in this Sumter County incident were likely dispirited, none were in a more lamentable state than a fellow Floridian about 50 miles away who experienced an eerily similar tragedy the very same day.

Jon MacDonaugh, 47, was headed westbound on I-4 in Polk County, FL, on the same warm Sunday afternoon.  He was driving an RV in the center lane when the vehicle experienced a tire blowout. The RV drove off the road, hit a light post, overturned, and landed on its left side.  MacDonaugh died at the scene.

According to the National Highway Traffic Safety Administration (NHTSA), there were 738 motor vehicle fatalities in 2017 due to tire-related crashes.  Tire blowouts often are the result of under-inflation. When tire pressure is too low, the tire’s side-wall flattens, causing more of the tire’s surface to meet the road.  This leads to increased friction and heat. Overheating can cause tread separation, which often leads to a very serious accident.

Experts recommend checking tire pressure at least once a month in order to prevent over- or underinflation.  However, not only do many drivers forget to check, sometimes once a month isn’t enough. Compressed air decreases by 1 psi for every 10 °F temperature drop.  Many do not realize that a sudden cold day can be dangerous to a vehicle’s tires. These facts, along with the recent accidents mentioned above, are scary, but there is a simple solution that saves lives.

Nitrogen is much more stable than compressed air, and it doesn’t expand and contract with temperature changes the way air does.  Simply inerting your vehicle’s tires with nitrogen can bring you an immense sense of relief because they are less likely to experience sudden underinflation that can lead to a fatal accident.  Your tires are all that’s between you inside your two-ton vehicle and the road speeding by beneath you. Taking care of them means reinforcing your defense against a heartbreaking tragedy.