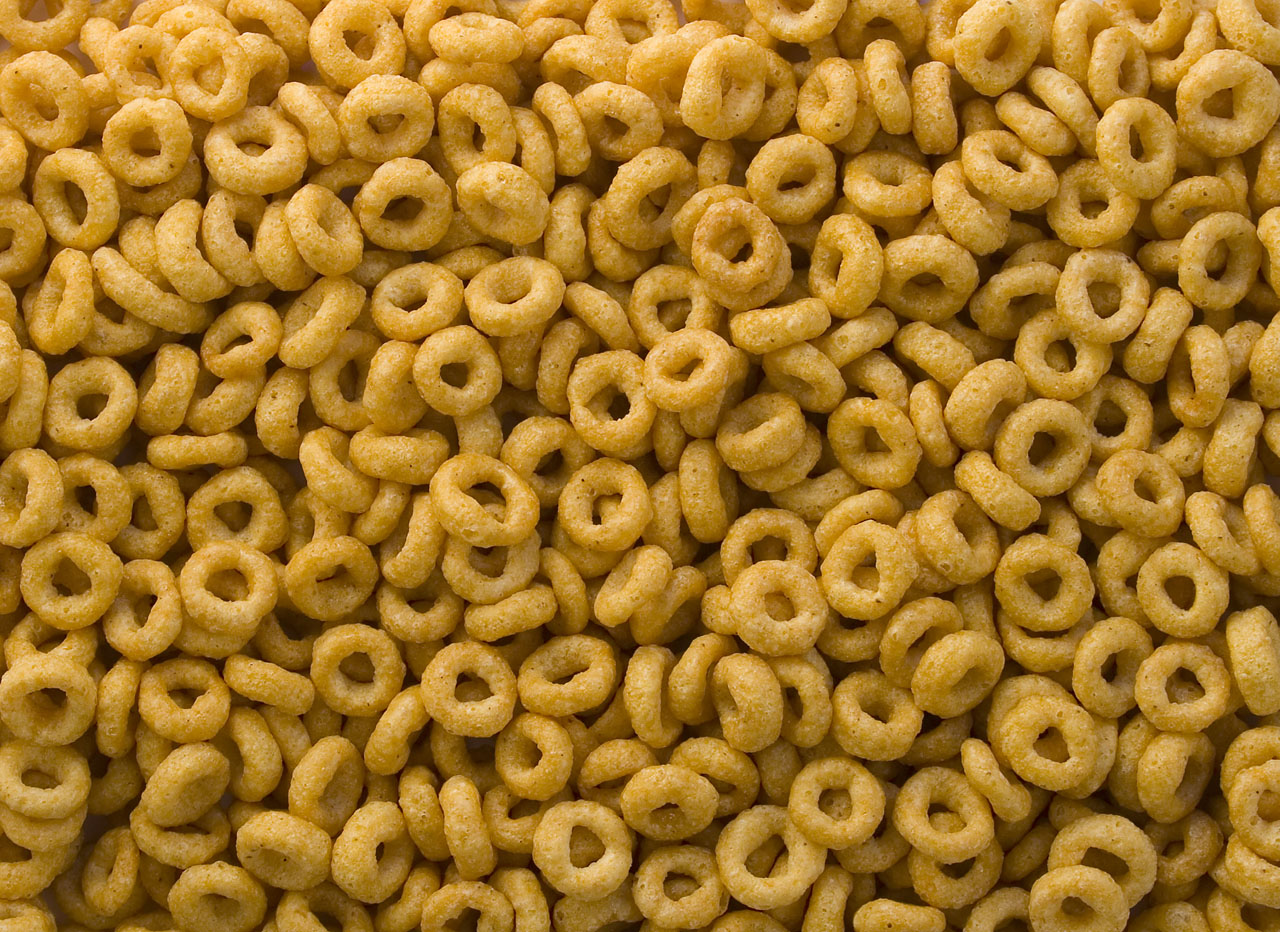 Americans love their breakfast cereal. In 2017, the most popular cereals in the country included Honey Nut Cheerios, Frosted Flakes, and Cinnamon Toast Crunch, according to a marketing and data firm. In fact, Americans consume 2.7 billion boxes of cereal each year, or approximately 14 pounds of cereal per person. And there’s a prize inside each box of breakfast cereal that Americans buy today: nitrogen.

Cereal has a long history in the U.S., dating back to John Harvey Kellogg’s invention of Corn Flakes around 1900. Once his younger brother added a dash of sugar to the flakes, the cereal caught on instantly, triggering a rush of new brands to feed the hungry public. By the end of World War II, Americans could start their day with Wheaties, Rice Krispies, or Cheerios, all still popular brands today.

The outside of the cereal box has featured bright colors and cartoon characters at least since Snap, Crackle, and Pop first appeared in 1933. But cereal has changed over the decades, with the 1970s introducing fruit-flavored cereal and monster brands, while the 1990s saw the rise of health cereals. And the inside of the cereal box has also changed. Today, cereal stays fresh on the shelf thanks to nitrogen. Rather than filling cereal bags with regular air, which contains oxygen, food manufacturers use 100% nitrogen gas to protect cereal.

Nitrogen improves cereal in two ways: first, it adds extra padding to the cereal, which keeps it from breaking into pieces during transportation. And second, nitrogen keeps cereal fresh by replacing oxygen. Because oxygen reacts with foods, it can cause cereal to turn stale while it’s still on the shelf at the grocery store. And oxygen also fuels the growth of bacteria and mold, which is a surprise no one wants to find in their breakfast cereal. Nitrogen, in contrast, keeps the cereal crisp and crunchy.

Just like nitrogen keeps cereal fresh, it also protects other foods, like chips, fruit, and cheese. The same scientific principle also explains why many drivers fill their car tires with nitrogen. By removing oxygen, which can cause bacterial growth and break down the insides of the tire faster, drivers extend the life of their tires.

When a cereal box promises a prize inside, the manufacturer probably doesn’t mean the nitrogen. But don’t forget that every box of cereal contains that special prize to keep it fresh.