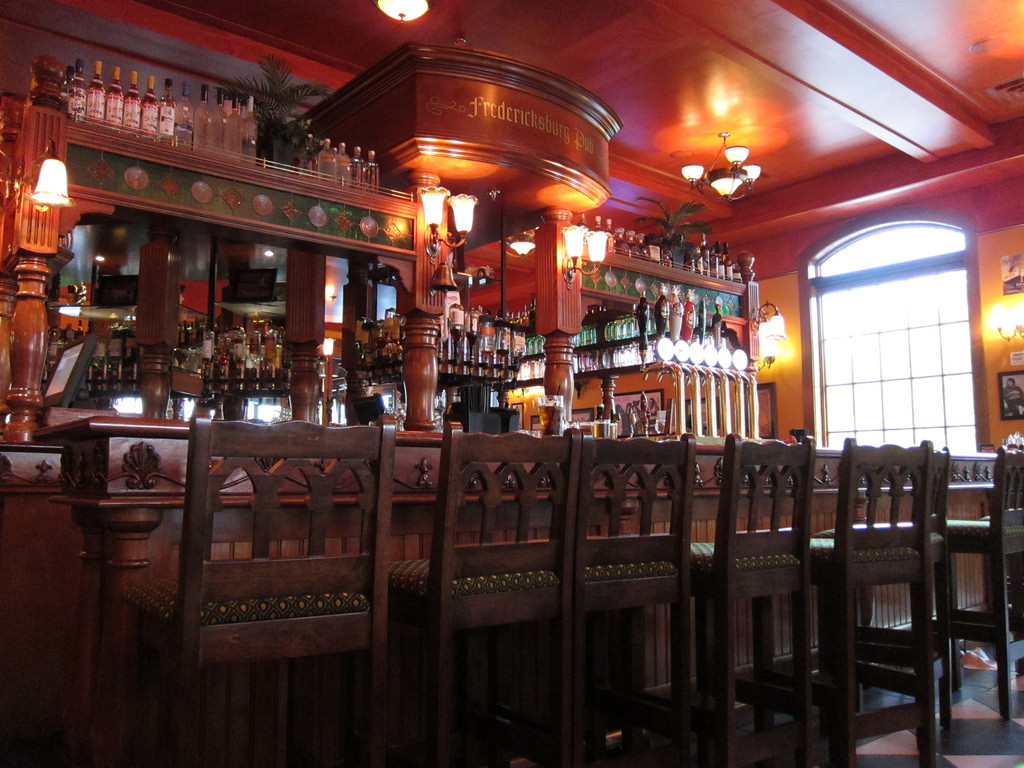 There’s nothing quite like a traditional English pub. From the smooth wood of the bar to the enticing row of taps, pubs have been welcoming people for centuries. In London, The Mayflower dates back longer than the ship that carried the Pilgrims to the New World, and Nottingham’s Old Trippe to Jerusalem claims that its patrons once included Crusaders.

English pubs have a rich history. In 1393, England’s King Richard II passed a law that pubs had to display a sign, and in 1577, England and Wales had more than 14,000 alehouses.

One of the most important elements in a pub is, of course, the beer. For centuries, English pubs included a surprise ingredient in their ale––nitrogen. Pubs served English ales stored in casks with a hand pump, which was sometimes called a beer engine. The barrel sat in the pub’s cellar, benefiting from the cooler air, and the barkeep served the beer by pumping air into the barrel.

The process infused the beer with nitrogen from the air, creating a low level of carbonation. Nitrogen’s small, creamy bubbles gave the beer its distinctive flavor.

But there was one major problem with using air to pump beer: the air also contains oxygen, which can be harmful to beer. In the past, English pubs had to use up a tapped barrel quickly to avoid oxidation, which could ruin the barrel. Just like oxygen causes bread to mold and turns cut apples brown, it can spoil an entire cask of ale.

Today, modern pubs have developed a solution to the problem that protects the cask while preserving the traditional flavor of English ales. Instead of pumping beer with air, pubs use nitrogen gas without oxygen. The gas includes a small amount of carbon dioxide, and it replicates the low-carbonation flavor of traditional cask ale without the dangers of oxidation.

And traditional pubs aren’t the only ones benefiting from nitrogen––the same principle also protects car tires from oxidation. Rather than filling car tires with compressed air, drivers can inert their tires with nitrogen. While the oxygen in regular air can decay rubber, introduce water vapor, and corrode metal fittings, nitrogen protects tires––and it keeps them at the correct pressure longer.

So the next time you visit an English pub, don’t forget to say cheers to nitrogen!