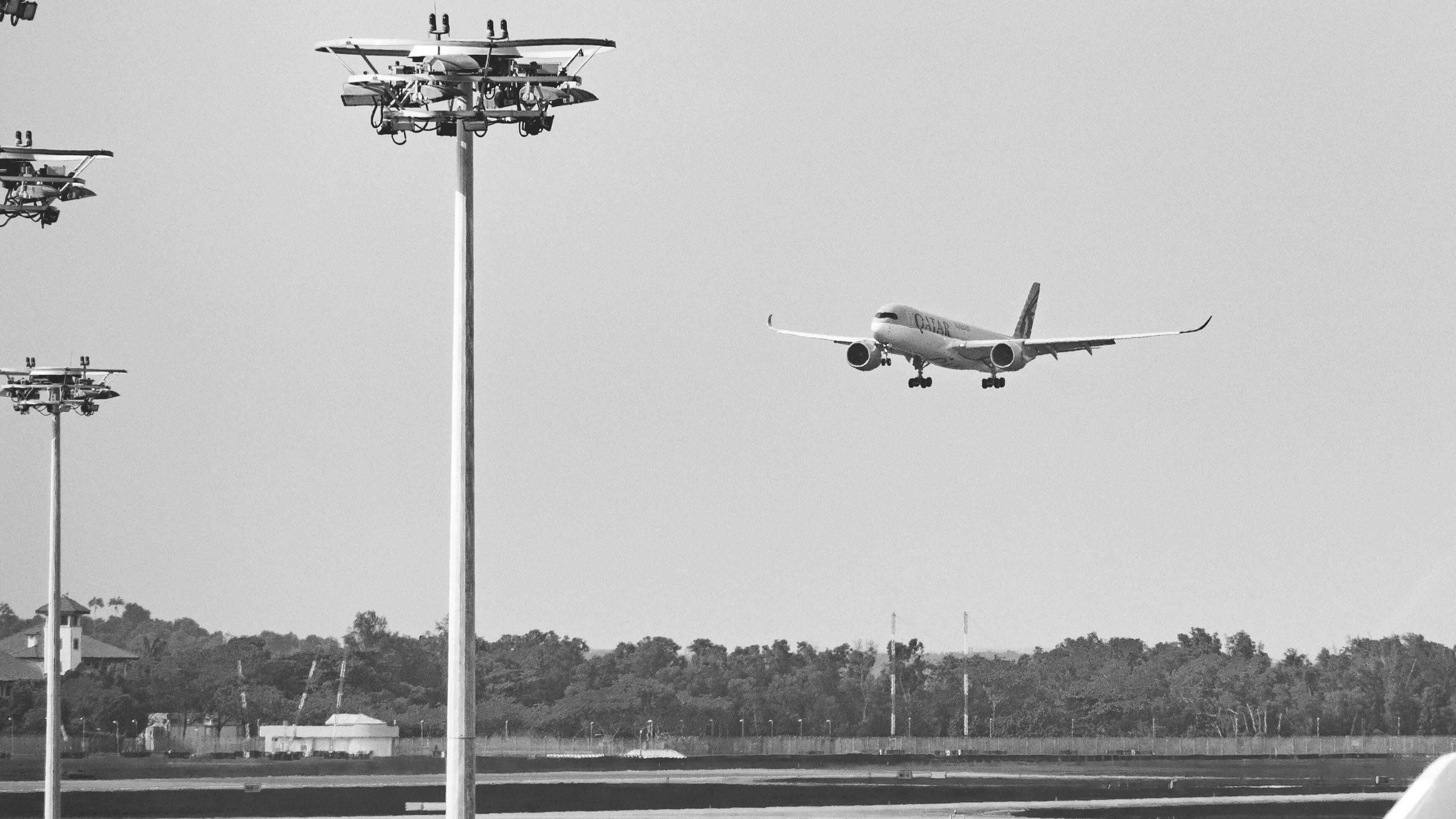 It’s no secret that airlines try to save money in all kinds of ways. Whether it’s maximizing fuel efficiency by finding the perfect altitude for flight or charging customers for peanuts, airlines care about the bottom line. And since the 1980s, airlines have used a surprisingly simple technique to cut costs and increase safety. And it all starts with the plane’s tires.

When an airplane lands at 170 miles per hour, the tires literally smoke. Airplane tires are smaller than the tires of a semi truck, but they are strong enough to withstand hundreds of takeoffs and landings without bursting. They can handle the heat of the runway and negative 60 degrees Fahrenheit at 35,000 feet. And they aren’t cheap—each tire on an airplane costs $800, so replacing a plane’s tires can add up quickly.

In 1987, the FAA mandated that commercial airlines use nitrogen in their tires instead of air. The primary reason for the change was safety. Nitrogen is much more stable than oxygen, so aircraft are less likely to face tire explosions or fires. This one simple change has saved countless lives.

Boeing 777s have 14 tires each. Airbus A380s have 22. And tires aren’t cheap—so extending the life of airplane tires can add up to millions of dollars saved over the course of a year.

How does inerting tires with nitrogen save money? The savings come from eliminating oxygen in the tires. Oxygen slowly breaks down the rubber inside of the tires through a process known as oxidation. Once the rubber has oxidized, it is much weaker, meaning tires wear out faster and they are more prone to bursting.

The water vapor inside of airplane tires filled with regular air also poses a big problem. At high altitudes, the water vapor crystalizes, which weakens the tires.

Nitrogen solves both problems: it doesn’t oxidize, and it doesn’t carry water vapor. And it’s much safer than regular air. The secret to saving money on airplane tires isn’t just the strong and durable exterior of the tire—it’s also about protecting the inside.