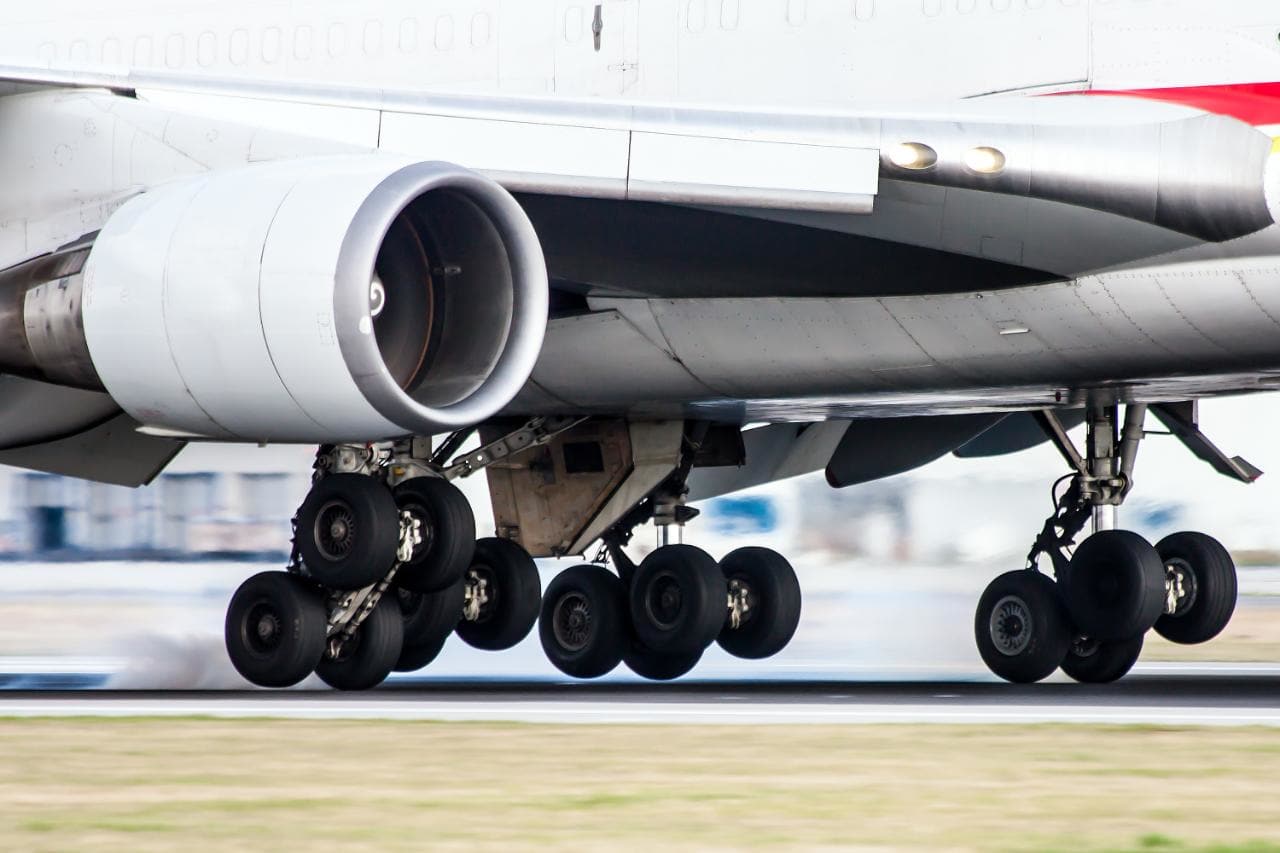 We’ve all heard the screeching of tires against the tarmac when an airplane lands on a runway—but have you ever thought about what’s inside the tires? It turns out that commercial airplane tires are inerted with nitrogen rather than being filled with regular air. Since 1987, the FAA has mandated that commercial aircraft must use nitrogen in their tires, and the change has almost certainly saved lives.

Oxygen is dangerous in airplane tires, since it is one part of the Fire Triangle, which also includes heat and fuel. And since you can’t fly a plane without heat and fuel, the FAA decided to ban oxygen in aircraft tires.

Airplane tires are subjected to a lot of stress. Not only do tires hit the tarmac at 170 miles per hour, there’s also up to 38 tons of weight sitting on top of the tires. And aircraft tires undergo extreme changes in temperature, from the blistering heat of landing to negative 60 degrees Fahrenheit at 35,000 feet. Oxygen inside the tires which produces water vapor that can crystalize at high altitudes, weakening the tires. Weakened tires increase the likelihood of blowouts that can damage the engines or other parts of the plane.

Since 1987, this one simple change had likely saved countless lives.

And inerting airplane tires with nitrogen doesn’t just save lives—it also saves money. Oxygen breaks down rubber inside of tires through the process of oxidation. And oxidized rubber is much weaker, meaning tires wear out faster and they are more prone to bursting.