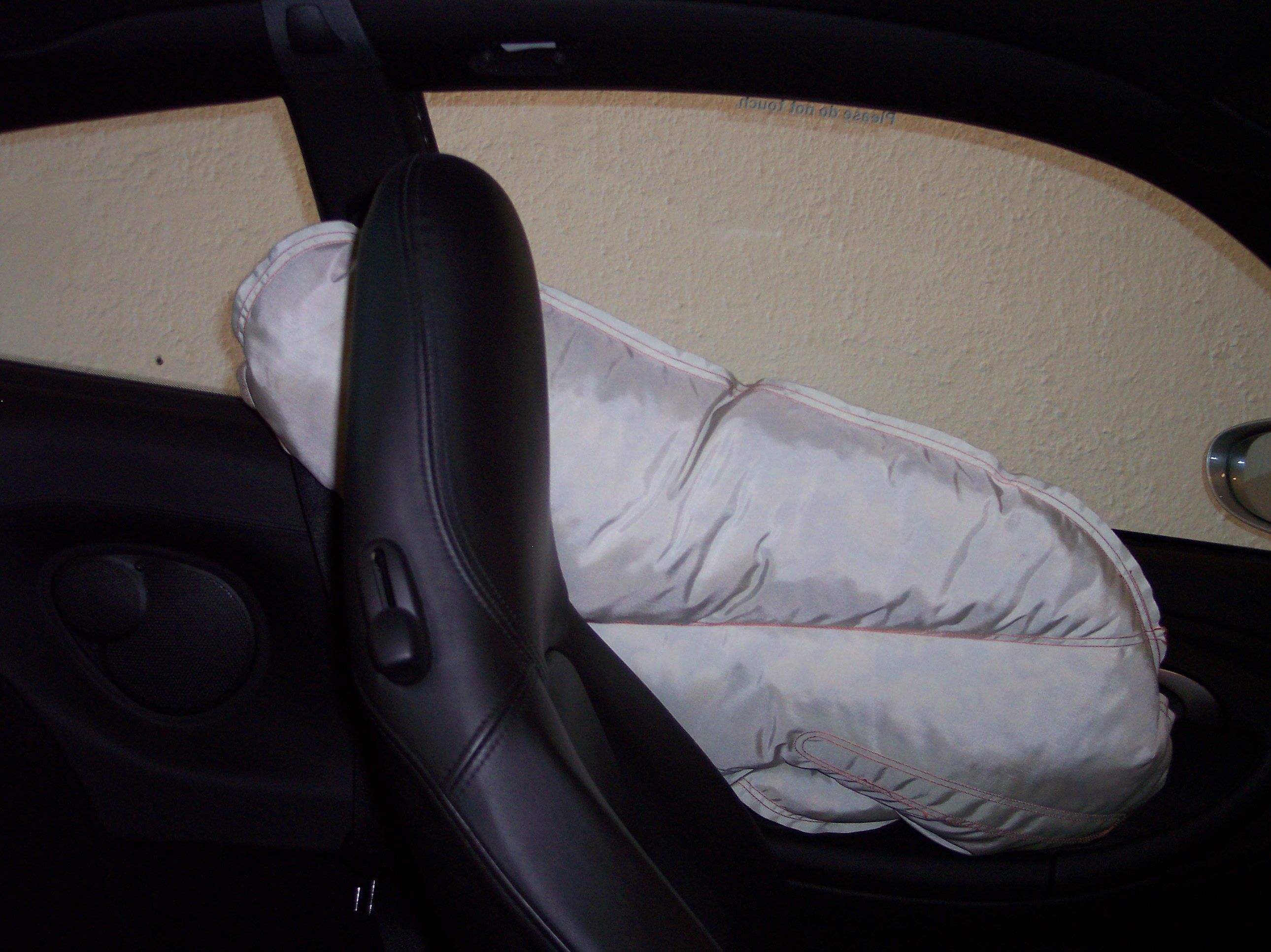 Air bags are a protective supplement to seat belts in automobiles, preventing the driver and other passengers from impacting the steering wheel, windshield, and so on. As of the 1990s, U.S. government regulations require an air bag in every new car sold in the United States.

John L. Hetrick, a U.S. engineer, received the first patent for an air bag in 1953. Walter Linderer, a German engineer, received a patent soon afterwards based on the same independently conceived premise. The underlying concept was that a bumper impact or some other stimulus would initiate release of compressed air into the bag.

This was a good idea, but later research showed that compressed air could not fill the bags quickly enough to optimally protect the driver. The inherent explosion danger in hauling around a canister of compressed air is also a major limitation.

A critical improvement was when researchers conceived of inflating air bags through an explosion that occurs in tens of milliseconds. The key reaction is ignition of a small quantity of sodium azide particles (NaN3, a relatively stable explosive) which decomposes into a large volume of nitrogen gas (N2, the main component of everyday air), thereby inflating the bag.

Chemists out there will recognize the other product of this chemical reaction: sodium metal, Na. Ordinarily, this would be an extremely dangerous byproduct, e.g. sodium metal explodes on contact with water. However, additional chemical reactions reliably and quickly convert the sodium metal into largely harmless sodium silicate, Na2SiO3.

Sodium azide is extremely toxic, comparable to basic cyanides. It inhibits mitochondrial function in your body’s cells and can quickly kill you in low doses. Consequently, research continues on developing an air bag system that people can safely discard prior to deployment.

Nevertheless, there’s no sodium azide toxicity risk from air bag deployment; it’s completely converted into nontoxic nitrogen gas. Producing or releasing other common gases to inflate the bag would be less useful; for example, oxygen is a possible explosion risk.

Nitrogen is clearly safer and more effective in air bags than compressed air. Analogously, nitrogen inertion helps improve fuel economy of motor vehicles, does not oxidize rubber, and is a safe alternative to compressed air.