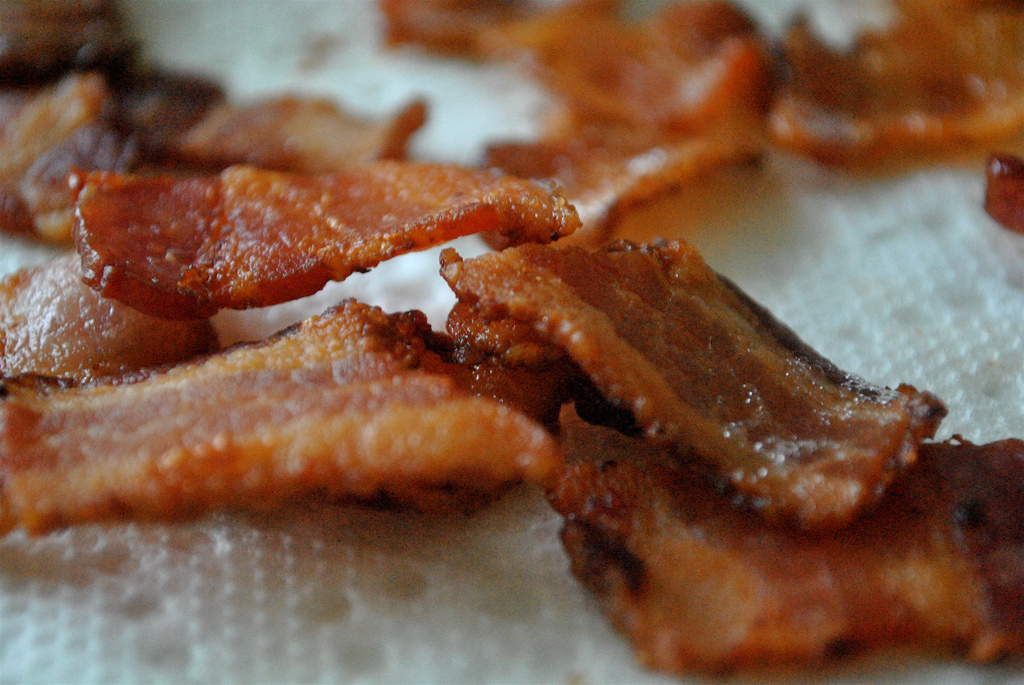 Americans love bacon. We spend nearly $4 billion a year on bacon, and a full 65% of Americans support making bacon the country’s “national food.” In fact, the average American eats nearly 18 pounds of bacon every year.

In the past, Americans might have enjoyed bacon fresh from the farm, but today most of us buy our bacon at the grocery store. Importantly, not all grocery store bacon is the same: bacon packaged in atmospheric air can suffer from rancidity and mold. Fortunately, today’s consumers have an alternative to bacon packaged in regular air.

Bacon dates all the way back to ancient China, where it was first eaten about 3,500 years ago. The Greeks and Romans also enjoyed cured pork. The word “bacon” itself comes from the 15th century, when it emerged as the English word for pork. By the 17th century, bacon was the name for the sliced, salted meat Americans love today.

For most of bacon’s history, you couldn’t find packaged bacon in stores. That product wasn’t available until 1924, when Oscar Mayer took out the first patent on packaged, pre-sliced bacon. But selling bacon in stores brought a new problem—how to best package the food. Sealing packages of bacon with regular air left the food vulnerable to oxidation and spoiling. Air, made up of 21% oxygen, slowly breaks down food products. That’s why apples turn brown and bread goes stale.

Bacon suffers an even worse fate when exposed to air: rancidity. The oxygen packaged with bacon can spoil the fat, destroying the food. Air-packaged bacon had a shorter shelf life. Today, bacon-lovers have an alternative: bacon packaged in nitrogen, which does not cause oxidation and does not contain the moisture that can harm bacon.

The same qualities of atmospheric air that make bacon go rancid, including oxygen and moisture, can also make your tires lose pressure faster and even wear out sooner. Those factors, in turn, decrease fuel efficiency and undermine your safety. Instead of inflating tires with compressed air, many drivers are using nitrogen inertion instead. It’s another way to let nitrogen save your bacon!