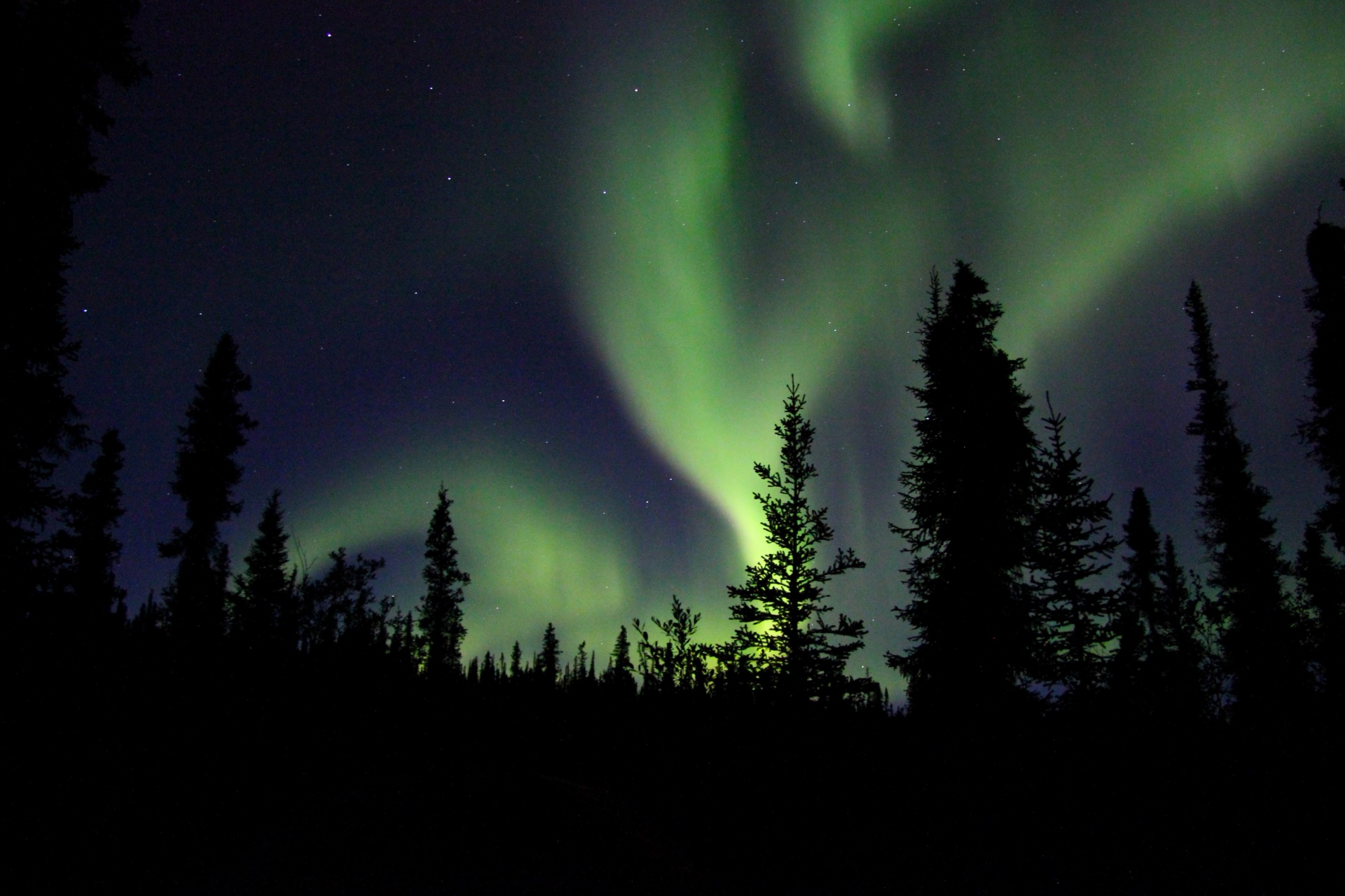 What causes the stunning northern lights, also known as the Aurora Borealis? The dramatic light show fills the sky with blue, green, and pink colors, which can be seen from northern latitudes. And one of the most abundant elements on the planet helps creates the dazzling display: nitrogen.

For centuries, humans have marveled at the Aurora Borealis. In the early seventeenth century, Galileo Galilei came up with the name, derived from the Roman goddess of the dawn, Aurora, and the Greek name for the northern wind, Boreas. But Galileo wasn’t the first to witness the phenomenon by far. Thirty thousand years ago, French cave paintings recorded the natural marvel, and illustrious writers dating back to Aristotle have mentioned the northern lights in their works.

In 1791, English settlers in New England spotted the lights, recording that “the more beautiful and brilliant aurora borealis was first observed here.” But the sight wasn’t always welcome. “In December [of 1791] the aurora again appeared, and the people became greatly alarmed, not dreading it so much as a means of destruction but as precursor of the fires of the last great day and a sign of coming dangers.”

But what causes the phenomenon? It turns out that nitrogen plays a central role. Sunspots and solar storms cause the Aurora Borealis when they send solar wind toward the planets. Forty hours later, when these plasma particles reach Earth, they light up the sky as they hit the atmosphere. Nitrogen, which makes up approximately 70 percent of Earth’s atmosphere, creates red, violet, and blue northern lights.

NASA, the military, and NASCAR also fill their tires with nitrogen, a process known as inertion. The larger size of the nitrogen molecule keeps tires full longer. While oxygen can leak through a rubber tire, causing it to loose pressure, nitrogen molecules stay inside tires longer, meaning they don’t need to be filled as frequently. And the space shuttle and race cars aren’t the only ones benefiting from nitrogen inertion – more and more regular drivers use nitrogen to fill their tires, which helps them save money on gas.