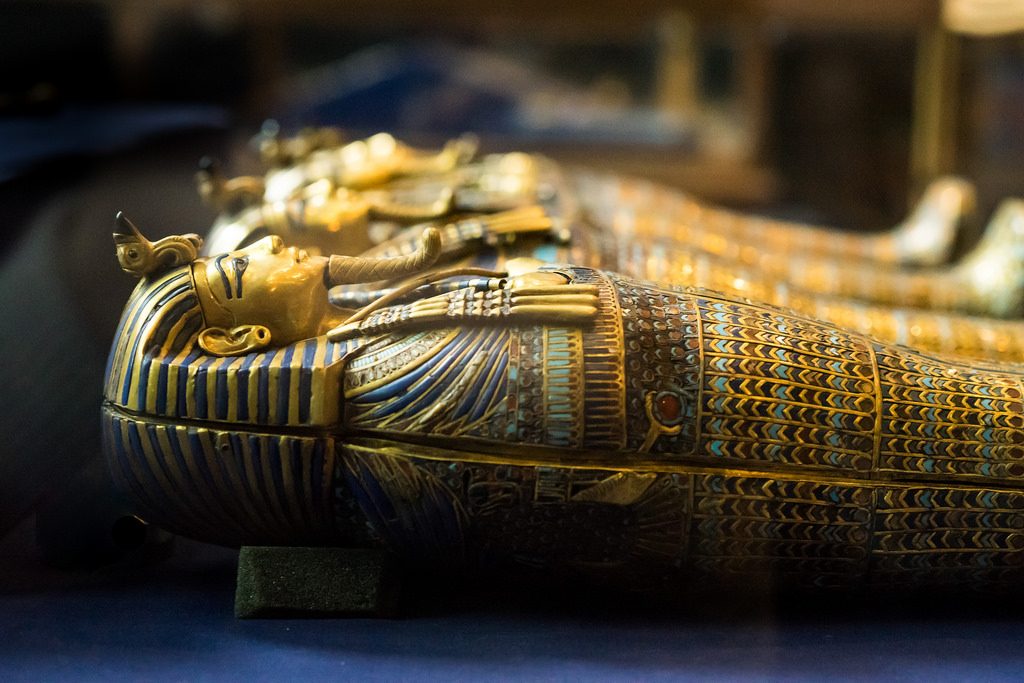 Over four thousand years ago, Egyptian goldsmiths were hard at work hammering out gold jewelry. When King Tutankhamen died in the 14th century BCE, his tomb contained a staggering amount of gold. From a solid-gold coffin to the pharaoh’s famous gold death mask which weighed over 22 pounds, King Tut’s interment showed off his riches in the form of gold.

For thousands of years, people around the world have worn gold jewelry. Medieval kings donned golden crowns, millions have worn gold wedding rings, and the Incas even named gold “tears of the sun.”

Until recently, the process of melting gold to create jewelry could introduce flaws into the precious metal. As goldsmiths worked the bellows to melt gold, oxygen attacked the liquid gold, discoloring the metal and even weakening it. The problem is called oxidation, and it’s the same process that causes rust on metal objects and discolors cut fruit.

In the twentieth century, jewelry manufacturers found a new method to fight oxidation: nitrogen. By melting gold in an inert atmosphere of nitrogen, the liquid gold maintains its color and strength. As an inert gas, nitrogen does not react with other elements like oxygen does, which means that the finished product––in this case, gold jewelry––stays pure.

Today, goldsmiths use vacuum casting machines or induction melters with inert gas blowpipes to cast gold. These methods don’t just improve the finished product––they’re also safer for jewelry crafters because they don’t use an open flame and they are smoke-free. The result is a stronger, safer piece of jewelry.

Gold jewelry might be thousands of years old, but as nitrogen shows, there’s always room for improvement. And just like nitrogen improved goldsmithing, it also plays a starring role in a technological innovation for cars. Oxidation isn’t just a problem for liquid gold and cut apples, it can also harm the insides of car tires, aging the rubber and rusting metal components. But using an inert gas like nitrogen to fill tires––a process known as inertion––protects tires from oxidation.

Car tires might be a few thousand years younger than gold jewelry, but both benefit from replacing oxygen with nitrogen.