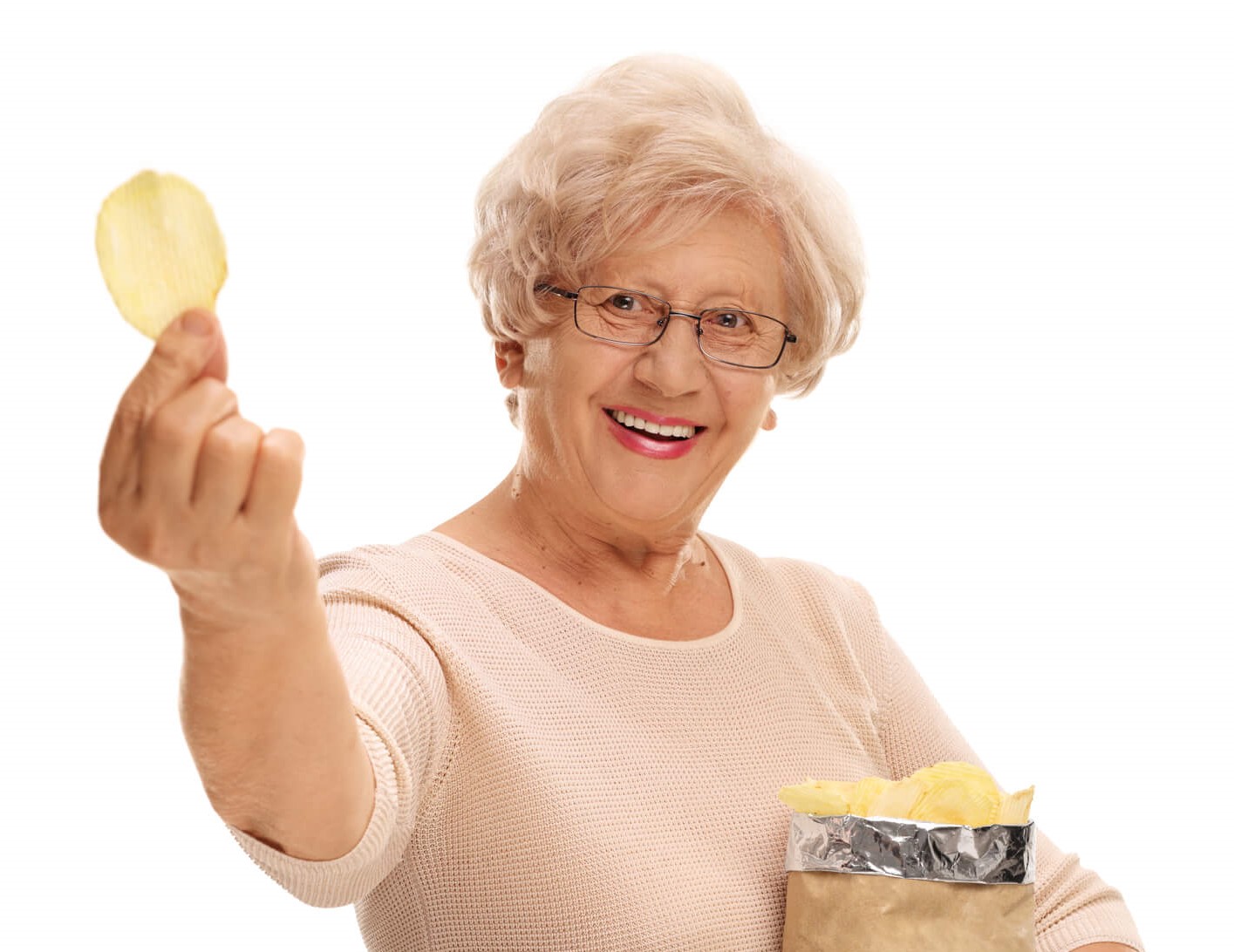 The oxygen molecules in the bag would react with the oil in the chips to make the chips grow stale or even spoil. The chemical process is called oxidation and it’s what causes rust. The scientific term for the result is “oxidative rancidity,” and as the name implies, the taste is not pleasant.

In the 1980s, potato chip manufacturers developed a secret weapon: inertion with nitrogen. Nitrogen is a stable, unreactive gas that does not oxidize, so filling potato chip bags with nitrogen keeps the chips fresh until the customer opens the bag. Inertion—the process of removing regular air, including water vapor, replacing it with an inert gas—was also a key technology in the fight against stale chips.

Inerting potato chip bags with nitrogen required new technology and a change in the manufacturing process. Potato chip factories developed a technique known as gas flushing to remove oxygen and replace it with nitrogen. As the bag is being made, a packaging tube inserts nitrogen into the bag just before it is sealed. That means every chip will be fresh when the bag is opened—until oxygen and water vapor resume their attack on the chips.

What do potato chips have to do with tires? Today we understand the harm that oxygen can cause inside a potato chip bag—just like it can harm the inside of your tires. In another thirty years, filling tires with oxygen and water vapor might be like using regular air in potato chip bags: an outdated technology replaced by something better.

In any case, the next time you open a bag of crispy, tasty potato chips, don’t forget to thank nitrogen inertion for keeping them fresh.