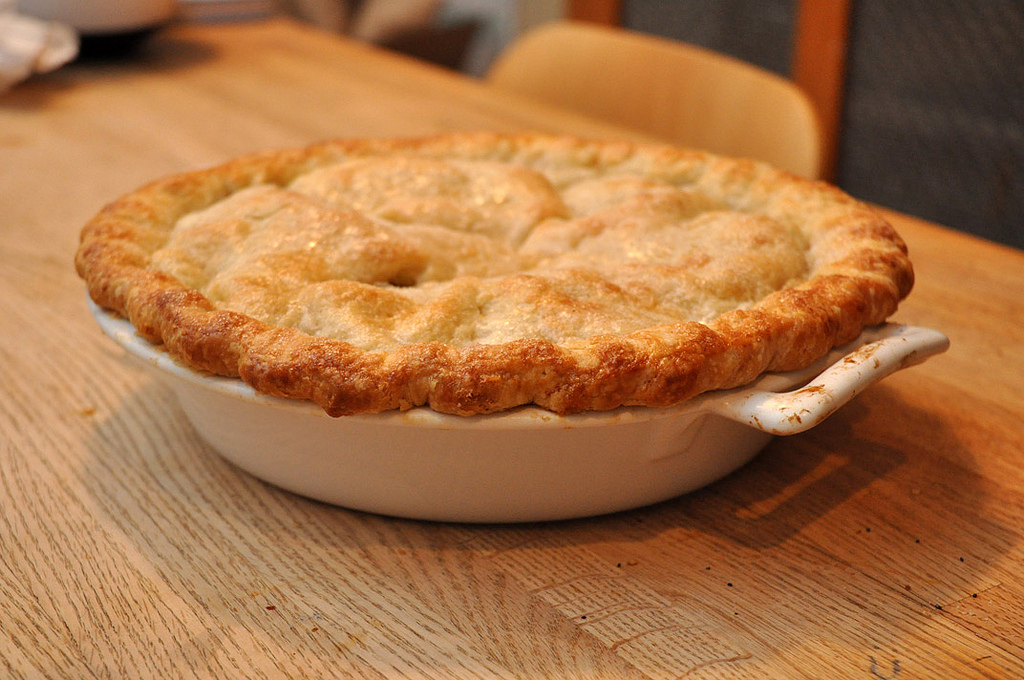 There’s nothing more American than apple pie. For most of our country’s history, it was impossible to bake a delicious apple pie to celebrate the Fourth of July. That’s because apples aren’t harvested until the fall, and the fruit would get wrinkly, mushy, or even rotten long before the heat of summer.

But everything changed when a new technology made it possible to store crisp, shiny apples all the way until the Fourth of July.

Back in George Washington’s day, apples were stored in cold conditions, which extended their lifespan a short time. Apple growers in New York, for example, packed the fruit into wooden barrels for overseas voyages to Europe. The barrels, stored in the hold below the water level, stayed cold and the apples were still firm and crisp months later. But cold storage can’t stretch all the way to July.

Today, we use technology to keep apples crisp year round. It’s called “controlled atmosphere storage,” and scientists at Cornell University were the first Americans to test the method in the 1940s. The method works by replacing the oxygen in regular air with nitrogen. By lowering oxygen levels from 21% in air to around 2.5%, the fruit stays firm and crisp.

Apples stored in a low-oxygen atmosphere have a higher nutritional quality than cold-stored fruit––and they’re also rated crisper and tastier.

But what’s the science behind crisp July apples? It turns out that apples “breathe” air, taking in oxygen and releasing carbon dioxide as they ripen. By replacing oxygen with nitrogen, the natural ripening process slows. Removing oxygen also halts oxidation, the same process that turns cut apples brown if you leave them out too long. Oxidation can cause even slightly bruised apples to rot.

At first glance, apple pies don’t have much in common with car tires, but car tires also benefit from removing oxygen and replacing it with nitrogen, a process called inertion. When you fill your car tires with compressed air, the oxygen can cause oxidation damage inside the tire. Inerting tires with nitrogen prevents oxidation and keeps tires strong––because damaged tires are an even bigger problem than a rotten apple.

A new technology made it possible to bake a delicious apple pie to celebrate the Fourth of July––and the same scientific principle can also protect your car tires.