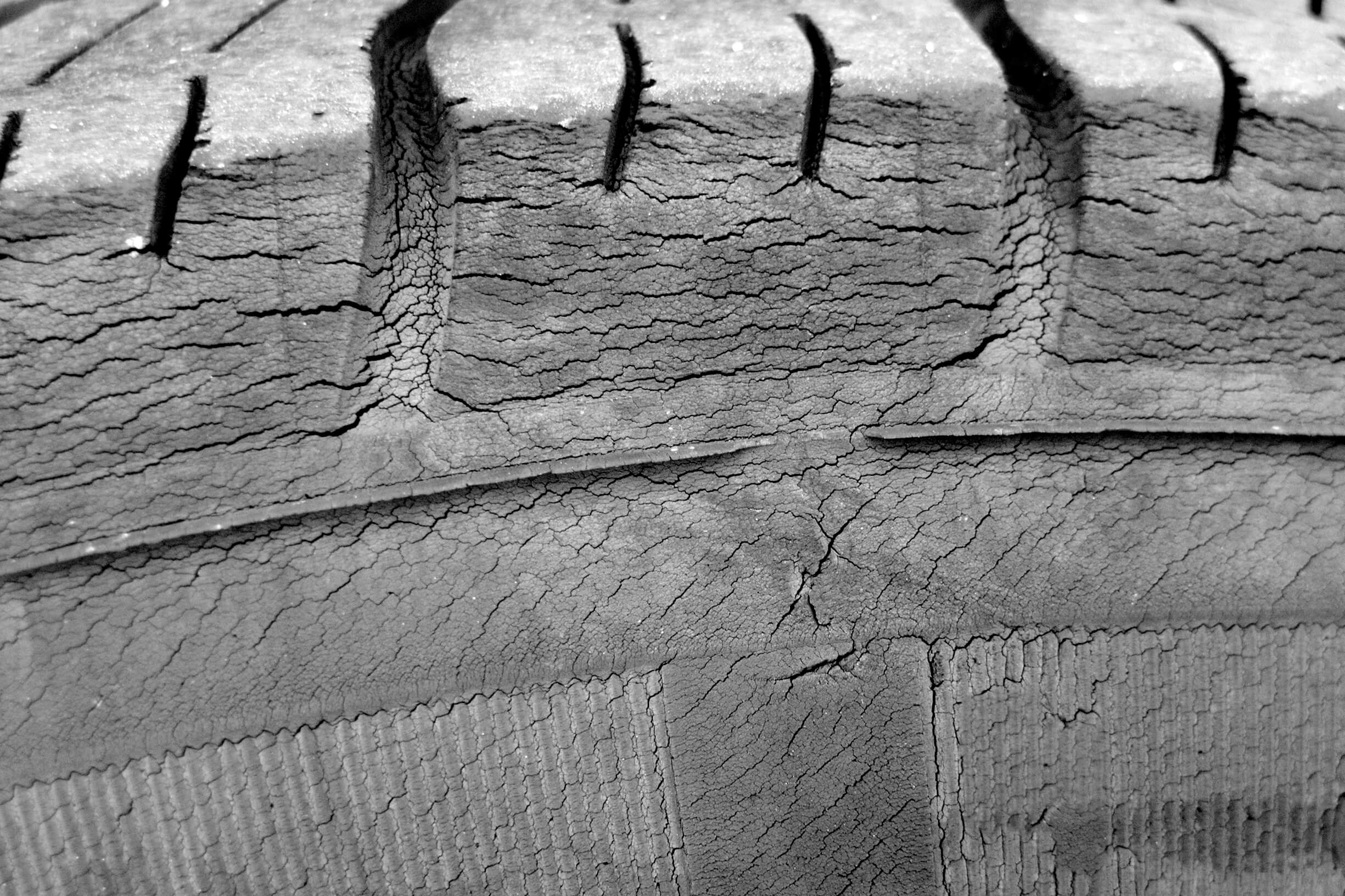 Dry rot in tires is primarily caused by unavoidable elements in the environment. Ozone, UV light, and oxygen cause rubber molecules to decompose through the chemical reactions crosslinking and chain scission. Crosslinking reduces molecular mobility, thereby increasing the rubber’s density. It increases brittleness and diminishes strength and flexibility. Likewise, chain scission results in the loss of rubber elasticity.

While ozone is present in the atmosphere high above any cars, we create ozone at ground level through the use of pesticides, cleaning supplies, natural gas, and coal (to name a few). In the presence of sunlight, nitrogen oxides react with volatile organic compounds, both of which are emitted by cars and trucks.

The second environmental factor, oxygen, attacks tires from both the inside and outside. Exposing the exterior surfaces of tires to oxygen is unavoidable due to its overwhelming presence in our natural atmosphere. Using compressed air, which contains oxygen, to inflate tires can double the degradation by allowing oxygen to attack the rubber from the inside as well.

Lastly, due to its presence in sunlight, UV light is unavoidably absorbed by the tire polymers, contributing to decomposition of the rubber.

Inactivity is another factor that contributes to dry rot. A protective wax is incorporated in the tire’s rubber material as part of the manufacturing process. It protects the tire from oxidation but can only do that through blooming, the process by which the wax is pushed to the tire’s surface during use due to the flexing and compression of the tire. If the tire is not used regularly, any protective wax remaining on the surface will be consumed and no new wax will rise to the surface, leaving the tire exposed to the environmental elements described above.

There are a few ways to prevent tire rot. If you can resist the temptation to give your tires that deep, black wet look, then don’t use tire shine because it contains petrochemicals that eat away at the wax protectant. Also, don’t over wash tires because this also removes protectants. Drive regularly, and if possible, store the car in a garage to reduce the amount of sunlight to which it is exposed.