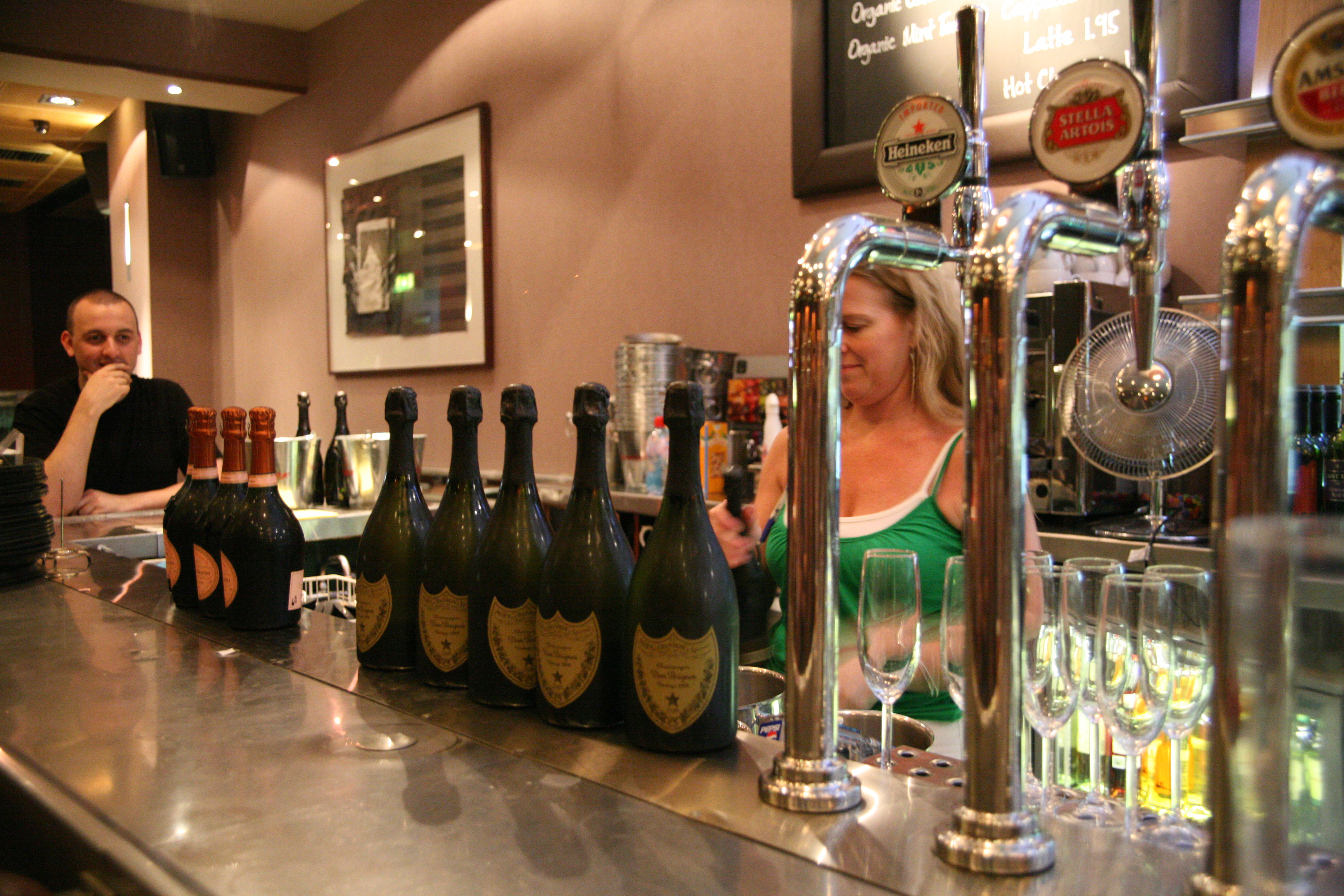 For centuries, champagne has stood above other wines, and its signature bubbles makes champagne the perfect celebratory beverage. But dating back to the original Dom Perignon, the methods for making champagne have constantly evolved. One of the most recent innovations relies on nitrogen.

From its earliest years, the history of champagne has been a story of innovation. Dom Perignon was a real person––a Benedictine monk and cellar master in the Champagne region of France in the 1600s. Perignon didn’t invent champagne, but he did turn it into a fashionable drink for European royalty. Perignon’s key contribution didn’t have to do with the method of making champagne––it had to do with how it was stored.

For years, winemakers harvested and pressed grapes, fermenting them to create wine. Champagne’s signature bubbles came from a second fermentation process. Winemakers added yeast and sugar to the bottle of wine to slowly transform it into champagne as it aged for at least a year. Before selling the champagne, winemakers opened the bottle, removed the yeast, and topped it off with a touch of sugar for sweetness before re-corking the bottle. But if enough yeast remained, the champagne bottle might explode, shooting out its cork.

Collectors worried about adding even one bottle of champagne to their cellars, concerned that its shooting cork could cause a chain reaction, destroying an entire cellar of wine. And winemakers constantly worried that a shelf of champagne bottles could become an exploding disaster.

Dom Perignon solved the exploding champagne problem in two ways: he used thicker glass bottles, which prevented a dangerous build up of pressure, and he created a rope cap for the cork to keep it in place. Today, champagne bottles use a wire cage over the cork, an innovation that traces its roots back to Dom Perignon.

Over the centuries, Dom Perignon’s rope cap evolved into a wire cage. Similarly, winemakers introduced a new innovation for the method of removing yeast from the fermented bottles. They quickly dip the bottle in liquid nitrogen to freeze the solids. Then, the winemaker removes those solids, creating the perfect beverage for consumers around the world.

Just like champagne’s evolution over the centuries, which relied on new methods and tools, innovations in other areas are making history. For example, many drivers are switching from filling their car tires with compressed air to using nitrogen gas, a process known as inertion. Nitrogen keeps tires at the correct pressure longer, saving drivers money on gas and improving handling. Sometimes a simple change––like Dom Perignon’s rope cap––can mean a vast improvement.