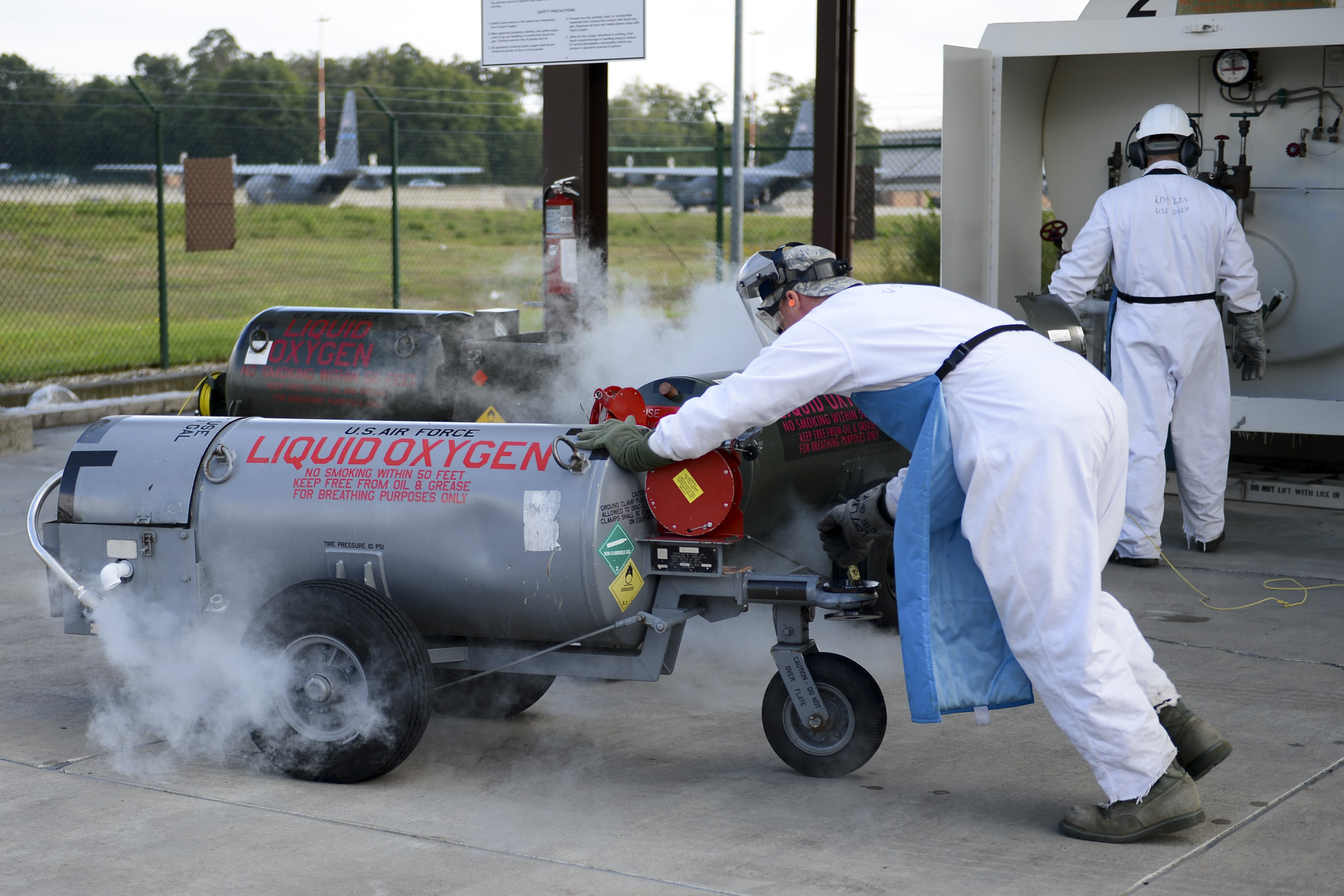 Just like most Google searches, if you attempt to research filling your car tires with nitrogen, you will find an unnerving amount of contradictory information. However, some of that information is based more on assumption than fact. Many nitrogen inertion opponents claim that there really isn’t much of a difference between filling tires with compressed air and filling them with nitrogen. Their claim is erroneously derived from the composition differences of the two gases. Compressed air is roughly 78% nitrogen, 21% oxygen, and 1% water vapor, carbon dioxide, and small amounts of noble gases. A tire inerted with nitrogen contains around 93% nitrogen. Skeptics highlight the meager 15% difference in nitrogen, spouting that such a small increase could hardly have much of an effect. However, it’s not the increase in nitrogen that provides the benefit—rather, it’s the decrease in oxygen and water vapor that offers significant advantages to the tires.

The nitrogen molecule is larger than the oxygen molecule. Because of the molecules’ difference in diameter, oxygen will seep through the tire rubber 3-4 times faster than nitrogen. Of course, air isn’t all oxygen—it’s 21%. So, while air-filled tires won’t deflate 3-4 times faster than nitrogen-filled tires, they still inevitably lose pressure at a faster rate.
Another critical issue with compressed air is the fact that humid air is very susceptible to pressure changes due to fluctuations in temperature. Not only will the weather unavoidably contribute to this problem, but the temperature of a tire can increase while driving due to friction, causing tire pressure to vary during even a single ride.

One major advantage of nitrogen is that it is an inert gas, meaning it doesn’t react with other substances like oxygen does. Oxygen and water vapor both contribute to the detrimental oxidation of the tire. The metal components, such as the rim and the sensors for the tire pressure monitoring system, are subjected to rusting, and the rubber undergoes premature aging. However, when your tires are filled with nitrogen, you can rest assured that there will be no water vapor pumped into your tires, allowing your tires to experience the longer, healthier life they deserve.

Using nitrogen (or rather, decreasing the oxygen and water vapor content) in your tires will help them to maintain stable pressure. This provides safety for you (better tire traction on the road) and offers improved fuel economy, which helps both your wallet and the environment. Likewise, using nitrogen will increase tire life, also making you safer, saving you money, and helping the environment. According to the EPA and the Rubber Manufacturers Association, 290 million tires are discarded annually in the United States alone. That mind-blowing statistic is enough to inspire one to want to keep their tires in the best working condition for as long as possible, and there isn’t an easier way than simply choosing to fill your tires with nitrogen instead of air.